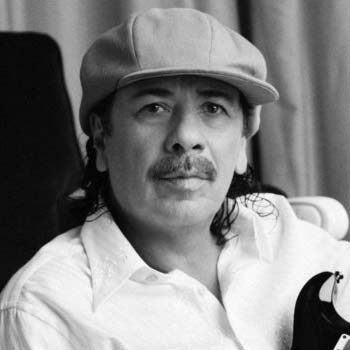 ...
Who is Carlos Santana

Santana was born in Autlán de Navarro, Jalisco, Mexico. He studied from James Lick Middle School, and in 1965 he graduated from Mission High School. Carlos was later accepted at Humboldt State University and California State University, Northridge, but he choose not to attend.

Carlos Santana is a Mexican and American musician who has a net worth of $40 million dollars. Santana became a naturalized U.S. citizen in 1965. He is part of the songwriting organization BMI, and is a BMI icon.

Carlos married his first wife, Deborah Santana, in 21 April 1973 and divorced in 2007. They together have 3 children named Salvador Santana, Stella Santana and Angelica Santana. In 19 December 2010, he married Cindy Blackman.

He won the 2003 Pop Collaboration with Vocals Grammy for his song, "The Game of Love". He was awarded a Star on the Hollywood Walk of Fame for Recording at 7080 Hollywood Boulevard in Hollywood, California. He has won 10 Grammy Awards and three Latin Grammy Awards.