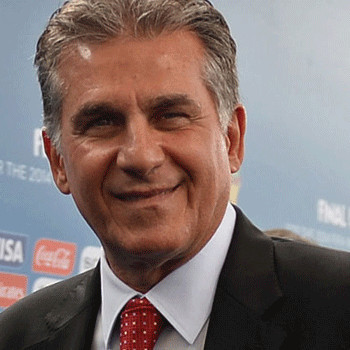 ...
Who is Carlos Queiroz

He passed his childhood in Nampula, Portuguese Mozambique. His birth name was Carlos Manuel Brito Leal Queiroz but known as Carlos Queiroz. He graduated from University of Windsor Faculty of Human Kinetics.

Regarding to his personal life, he is married. His wife name is Ana Paula Queiroz. This couple has got two children one is son Rogério Queiroz and another is daughter Sandra Queiroz.

Working as a coach for several year, he won several awards as a coach in junior levels and has been successful at senior and club levels. He also qualified three national teams to world cup i.e South Africa,Portugal and Iran.