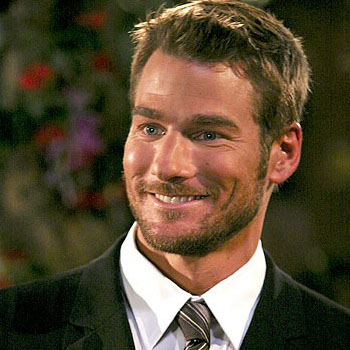 He lived with his family including his identical twin brother Chad and a brother Wesley.After high school he attended Texas State University–San Marcos and dropped to work in oil fields around the country.He and Chad worked bartending and open own bars.

He and Jesse Palmer were both in the reality show ' The Bachelors '. He has a net worth of $500 thousand.He is very good looking and have a undeniable sex appeal which makes him perfect man. He is optimistic that he'll find a woman who could be his wife.

His name was linked with many lady contestant of reality series. He proposed Emily Maynard but it didn't last for long. Again he hooked up with AshLee Frazirea and got splited. He even linked with his former fiancee Laurel Kagay. Currently he is single.

Even though he is famous but he hadn't received any awards.He was not born with silver spoon but every body appreciates him for what he have done. He is only man who had taken part in realty show twice and rejected both finalist in the final.

He caused a controversy when he left both Jenni Croft and Deanna Pappas in tears on The Bachelor, when he didn't distribute finale rose. He had many rumors regarding his love life.