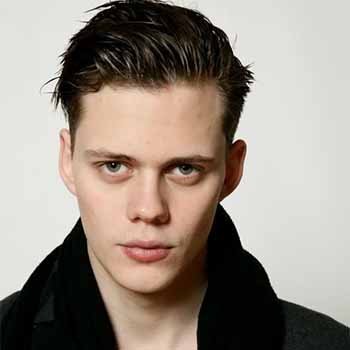 ...
Who is Bill Skarsgard

Skarsgård was born in Vällingby, Sweden as the son of actor Stellan Skarsgård. At the age of ten, he appeared with Emil Forselius and Josephine Bornebusch in a Swedish thriller titled White Water Fury.

His other screen credits include The Crown Jewels (Swedish title: Kronjuvelerna) and a 2012 English film version of Anna Karenina. Skarsgård played Matthew in the science fiction thriller The Divergent Series: Allegiant (2016), his first major American film.

His brothers Alexander, Gustaf, Valter and Sam also became actors. He also has two other brothers named Ossian and Kolbjorn, a sister named Eija and his father is actor Stellan Skarsgard.

In 2011, Skarsgård was nominated for a Guldbagge Award for his leading role as Simon in Simple Simon. In April 2014, Skarsgård featured on the cover of Hero – a bi-annual men's fashion and culture magazine, shot by Hedi Slimane.