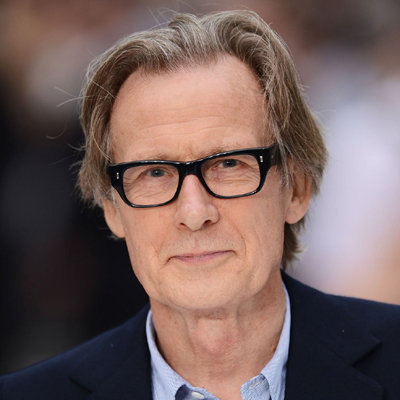 William Francis 'Bill' Nighy is a well known English actor who came to the limelight after in 1991 with his performance in The Men's Room after which he has been seen in Love Actually, Pirates of Caribbean as Davy Johns and many more.

Nighy was born in Caterham, Surrey where he attended the John Fisher School in Purley where he was part of the school theater group. He left school with 2 O-levels and joined Gilford School of Acting to hone his acting abilities.

Nighy comes from an English and Irish descendant and was raised a Roman Catholic. He suffers from Dupuytren's Contracture which has caused his ring and little finger to permanently bend towards the palm.

He is the parent of a child named Mary Nighy ; who is an actress, with actress Diana Quick with whom he had a 27 year relationship. They separated in 2008 and till date Bill he has been single and not seen with many woman in public.

He has won a BAFTA Award for Best Actor in a supporting role, an Oliver award nomination for Best Actor, a Golden Globe for Best Performance by an actor in miniseries, Satellite Award : Best supporting Actor and more.

There are rumors that Bill, Morgan Freeman and Ken Watanbe are being approached for the role of The Ancient one; Strange's mentor and trainer, in the Marvel's upcoming adaptation named Doctor Strange which may turn out true.

One of the greatest figure in literary work.In The City by the Sea,Salt and Saffron,Kartography are one of her popular novels.