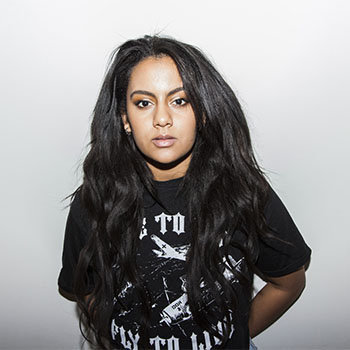 ...
Who is Bibi Bourelly

She grew up with connections to the film industry and knowing she wanted to be a musician. She moved from Berlin to Washington DC and then to Los Angeles to pursue her career.

She began working with various producers and was set up with a meeting with Kanye West. That meeting became her big break. In April 2015, Bourelly released her first single, "Riot," a song that discusses Bourelly's wish to be recognized as an "authentic" and legitimate musician.

She is of Moroccan and Haitian descent. Her father was a guitarist named Jean-Paul Boubelly while her mother was the head of the art department at the House of World Culture in Berlin.

She was involved in controversy when "Bitch Better Have My Money" was released and a Houston-based rapper named Just Brittany claimed that they had plagiarized her song.