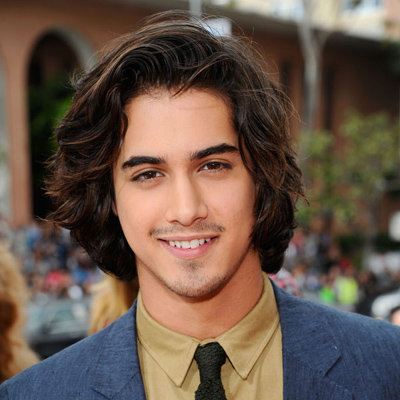 Born as Avan Tudor Jogia in Vancouver, British Columbia, raised by his parents: British Indian father and English German descent mother. Went to Killarnery Secondary School and King George Sec.School but left for the sake of his

Named as Avan, meaning water in Persian. Wild hair and big watery eyes are his trend marks having tattoo: "Buy the ticket,take the ride" in his stomach This secular humanist believer loves red and dark green color.

23 years old actor and singer Avan has an older brother, ketan Jogia. Victoria Justice and Josh Hutcherson are his best friends. He has been in relationship with American actress Zoey Deutch since 2011.

There was a rumor that he and Miley Cyrus were dating for about a month in 2010.