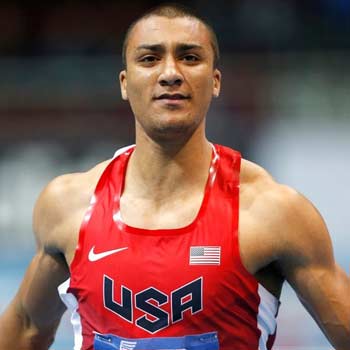 He excelled at track and field from his young age. His grandfather, James Eaton, was a halfback for Michigan State University. During his college years, he was a five-time NCAA champion and bagged, The Bowerman award in 2010.

He had a disappointing performance at the Olympic trials in 2008. In 2012 Summer Olympics in London, he surprised his decathlon fans from around the world, when he was taking home the gold medal. The Olympic champion retained his title as "World's Greatest Athlete" at the Rio Olympics 2016, winning gold in the two-day, 10-event decathlon. Before 2016 Rio Olympics, he was the popular face of Gillette Razors. Currently, he endorsed for Coca-Cola, Chobani, and Visa. Likewise, he also appeared in Proctor & Gamble’s “Moms” campaign. He has a staggering net worth of $8 million.

He married his college sweetheart and Canadian track and field athlete, Brianne Theisen, on July 15, 2013. His wife Theisen represented her nation Canada and won bronze at the 2016 Summer Olympics. The couple started seeing with each other in 2006 during Eaton's freshman year at Oregon and then fell in love at the 2007 Pan American Junior Athletics Championships, held in Brazil. Currently, the duo resides in San Fransisco, United States.

Before retirement, he has seven gold and silver in his name which he won through Olympic Games, World Championships, and World Indoor Championships.

Any rumor or controversy has not affected his professional as well as his personal life.