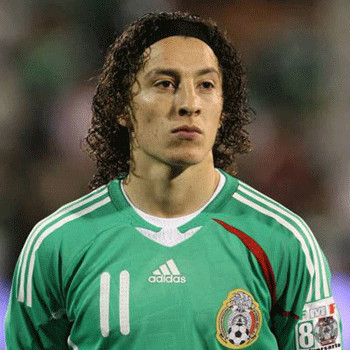 ...
Who is Andres Guardado

He was born on 28th September 1986 Guadalajara, Jalisco, and started playing professionally at the age of seven for Club Atlas whereby he joined the team's youth system.

Guardado is nicknamed as Principito and has played as a successful winger for the clubs Atlas, Deportivo, Valencia and most recently for PSV. he has contributed a total of 15 goals for his national team

Guardado married wife Briana Guardado in 2006. They have no children yet and do not seem to be nearing divorce. They seem to live a happy, peaceful life.

Guardado was rumored to be moving back to Mexico form his residence in Europe in order to play for the club Chivas but the rumors allegedly turned out to be false.