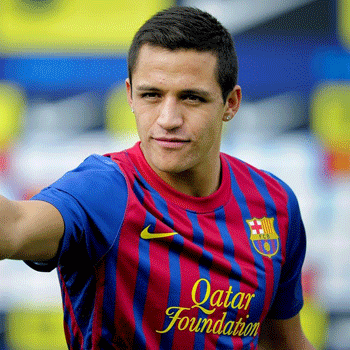 ...
Who is Alexis Sanchez

He had a hard and rough childhood. When he was a child, his father abandoned the family and a huge pressure of him and his siblings came in the head of his mother. He started playing soccer at the age of 6.

He made his professional debut for local club Cobreloa at the age of 16. Last year he donated £140,000 to replace five football pitches near Tocopilla. In 27 April 2006,he made his first international debut for the Chile national team against New Zealand.

He has been in a relationship with a beautiful Chilean lady named Laia Grassi. They are not found to be such a happy couple and has some trouble regarding their relation which has been reveled recently by the source.

He was signed for Arsenal in July 2014 for around £30–35 million which made him the second-most expensive player signing in the club's history after Mesut Özil. In two FIFA World Cups (2010 and 2014), he earned over 75 caps.

The Arsenal's star Alexis Sanchez nowadays is found to getting in close contact with a Miss Chile winner.