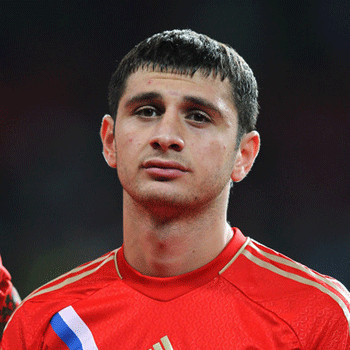 He was born in Beslan, Russia. He is the younger of two sons of his father Yelizbar Dzagoev and Mother Lyana Dzagoeva. He started his youth career joining one of the local club in year 2000.

His full name is Alan Yelizbarovich Dzagoev. He has got weight of about 70 kg. It is said that he has current market value of about 17,60 million Euro.

After having a affair for some duration with a gorgeous lady, Zarema Abayeva, this beautiful couple got married in the year of 2012. They haven't got any children yet.

He had won the Russian Premier League Best Young player award in 2008 and also the UEFA European Football Championship Top Goalscorer in 2012.

There is no such big controversy yet but there were few transfer rumors about him.