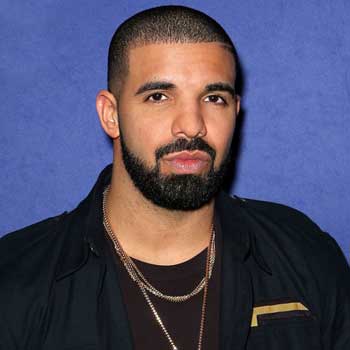 Drake was born to his father Dennis Graham and mother Sandi Graham on October 24, 1986, in Toronto, Ontario. He is Canadian by nationality and her birth sign is Scorpio. He attended Forest Hill Collegiate Institute then Vaughan Road Academy for High School.

He is not only a successful musician but also a songwriter, record producer, and an entrepreneur. Through his career earnings, he has maintained a pretty amount of bank balance that boosted his net worth. He has a whopping net worth of $90 million.

Drake is a very romantic person and his personal life is like ups and down. He had an on-again, off relationship with Rihanna whom he started dating in 2009. Previously, he also was in an affair with tennis star, Serena Williams. In late 2016, he started dating Jennifer Lopez with whom she split in 2017.

Drake also has been the part of the controversy. He was charged for the physical altercation and misusing other lyrics.