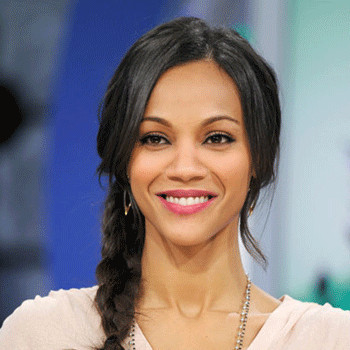 Saldana was born on June 19, 1978 in Passaic, New Jersey US and grew up in Jacksons Heights, Queens New York. At the age of 9 she started her training in the ECOS Espacio de Danza Academy.

Saldana started her performance in the theatre at the age of 17.

Zoe started dating Italian artist Marco Perego. They secretly got married in June 2013 in London. Before she was engaged with her ten years relationship boyfriend Keith Britton.

There was a Rumor that she was having Twins.