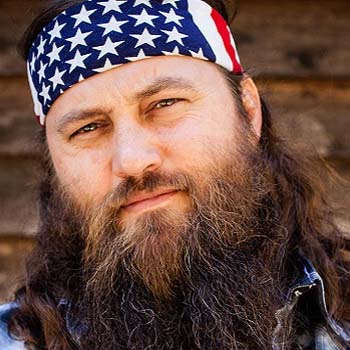 ...
Who is Willie Robertson

Robertson was born at Tri-Ward General Hospital in Bernice, Louisiana, to parents Phil Robertson and Marsha Kay Robertson. He attended Harding University and graduated from The University of Louisiana at Monroe. As a child, Willie grew up hunting and as well as handle task in a company which his father runs, Duck Commander.

American entrepreneur, reality television personality and CEO of Duck Commander, Willie Robertson, has an estimated net worth of $10 million. He is very vocal about his strong beliefs in Christianity.

In 2014 he was presented the inaugural Governor’s Award for Entrepreneurial Excellence by Louisiana Governor Bobby Jindal.

James Tindale is a reality star from England. He is best known for his appearance in MTV's hit  reality show Geordie Shore. He owns a company named BodySculptVT.