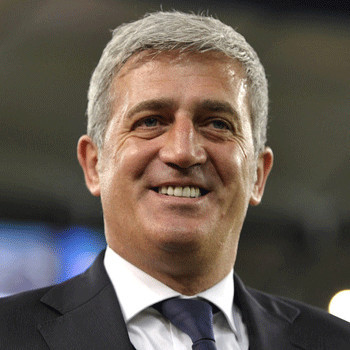 ...
Who is Vladimir Petkovic

Born in Sarajevo and has Swiss, Croatian, and Bosnian passports. His parents worked in the educational field so they changed many schools and because of that family moved frequently.

This midfielder holds a good football technique and started playing in Ilidza at the age of eleven years. And later he joined the youth side FK Sarajevo youth at the age of fifteen.

He got married to Ljiljana Petkovic and have a great bonding among each other. This couple is often spotted in special function, Ceremony and party. They have two children namely Ines Petkovic and Lea Petkovic.

After his retirement, he became a coach at AC Bellinzona where his first job was player-manager. In 2004, he took over the reins at Lugano for the 4th time in his career and led the club to the 2008 Swiss Cup final.

Petkovic might be seen as a head coach of Switzerland from now onward.