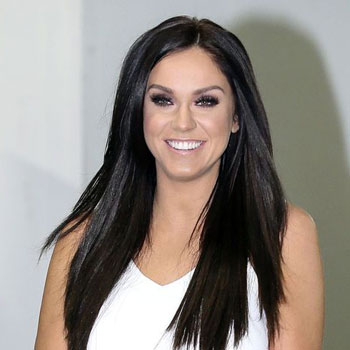 ...
Who is Vicky Pattison

English television and media personality, Vicky Pattison well known for appearing in the MTV shows Geordie Shore from 2011 until 2014. She also appeared on the reality Ex on the Beach in 2014 and 2015.

She was grown up with her sister Laura Pattison.Through her early age, she had a keen interest in drama and English based subjects during her school life. She enrolled at the "Burnside Business and Enterprise College" and graduated from "Liverpool John Moores University."

She appeared in numerous television and movies which include: Virtually Famous, Strip date, This Morning, Ex on the beach, Saturday Night Takeaway, Celebrity Juice. Through her innate talent, she has maintained a pretty amount of bank balance. She has a staggering net worth of $1.5 million.

She is in a romantic affair with her long-time boyfriend, John Noble, a renowned businessman, since November 2016. They planned to celebrate their marriage in January 2018. However, she revealed she'd postponed her wedding to fiancé John Noble because she just isn't ready to be a wife. Previously, she engaged to English television personality, Ricci Guarnaccio. Besides her career, she is the writer of several books which include: My Sister's Wedding, All That Glitters, A Christmas Kiss, and Nothing But the Truth: My Story.

As a television and media personality, she might have won numerous awards but more than that, she has massive of fans and followers.

She was charged with an assault for attacking on a female student in a bar in Newcastle and was arrested with co-star Holly Hagan, who was later cleared.

David James Stuart Mitchell popular as David Mitchell is a British comedian, actor, and writer. He came to prominence after appearing in the series Peep Show along with Robert Webb.

Enthusiastic and handsome Formula One race car driver from United Kingdom.He is well known as one of the greatest Formula One drivers of all time.