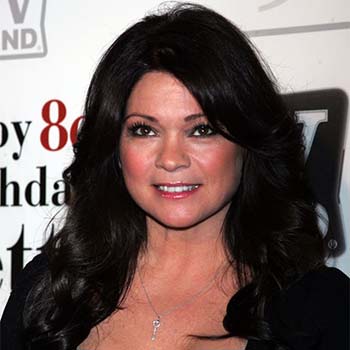 ...
Who is Valerie Bertinelli

American beauty, Valerie Bertinelli is an actress who has starred in several movies and TV series in her life. She has also appeared in the TV commercials for J.C. Penney.

She was born in Wilmington, Delaware, United States. She was born on the laps of Andy Bertinelli and Nancy Bertinelli. She shares her birthday on 23rd of April.

Her first married life with Edward Van Halen lasted for about two and half decades. She is now married to Tom Vitale.

She has also been honored with Golden Globes, USA.

In the early 2010, she took part in Boston Marathon.