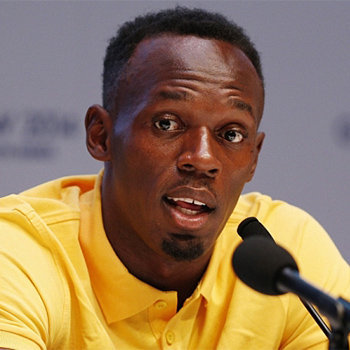 Born in Trelawny,Jamaica from father Wellesly and mother Jennifer.He has two siblings.Bolt started his running career from Waldensia Primary school.

His estimated net worth is about $60 million.He is involved in brand endorsements like Puma,Gatorade and many more.He has been given a petname ‘Lightning Bolt’.

After being so popular and successful he has managed to sealed his lips regarding his personal affairs.He is busy sharpening his athletic career.

He was found red handed sleeping with Brazilian student.