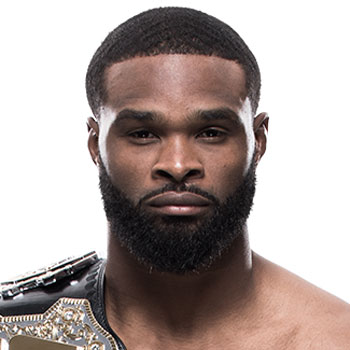 ...
Who is Tyron Woodley

He was the eleventh of the thirteen children of Sylvester and Deborah Woodley. After graduating from the McCluer High School in 2000, he attended Missouri and won the Big 12 Conference Championship.

He started his MMA career with Strikeforce debut against Sal Woods in his hometown of St. Louis, Missouri. He currently owns and operates his gym in Brentwood, Missouri, ATT Evolution, which is an affiliate of American Top Team. He has a staggering net worth of $ 5 million.

Married to Averi Woodley, he has three sons Dylan, Darron, Tyron Jr and a daughter, Gabby. His wife is a co-owner and a fitness trainer at the ATT Evolution. She is Michigan State University Graduate and received her masters from Southern Illinois University. He is also known for his appearance on Olympus Has Fallen (2013), Sultan (2016) and Straight Outta Compton (2015).

He has 18 wins in a total of 22 matches. His wins include six by knockouts, five by submissions, and seven were by decisions.

So far, there are not any drastic rumors regarding his personal and professional life. Furthermore, he has never faced any controversy in his career.