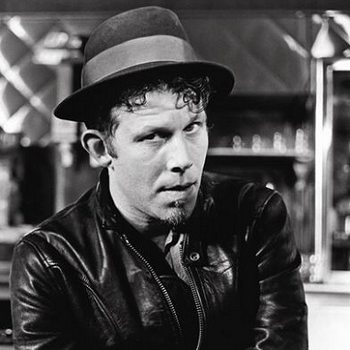 Waits was born at Park Avenue Hospital in Pomona, California, United States of America. His parents are Alma Fern McMurray and Jesse Frank Waits. Both of them are schoolteachers.

Waits is well known for his raspy, gravelly singing voice. He is a good friend of Keith Richards, Chuck E. Weiss and is very close with Coppola family including Nicolas Cage.

Waits is having a long relation with Kathleen Brennan. They got married on 10 August 1980. They together have three children. They are still happily bonded in married life.

Waits has been nominated in various prestigious awards and has won Golden Globes, USA, ASCAP Film and Television Music Awards and many more.

It is believed that, Waits shops at hardware stores for items to be used as percussion instruments.