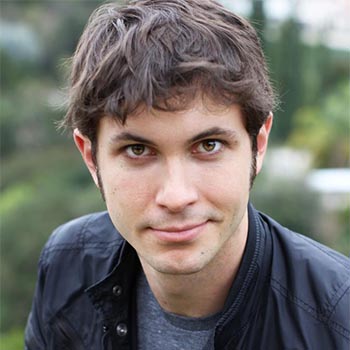 Globally recognized Web star, actor, comedian and musician from America. He is well known for being the creator of his own YouTube channels Toby Games and Tobuscus.

Turner was born in Osborn. Mississippi as a son of Jackie Turner and William Turner. He has one sister and a brother. He got degree in telecommunications production from University of Florida.

Turner first film was with Shane Dawson. His mother took a loan n brought him a first camera where he initiated his YouTube career. He has got 15.1 million subscribers and his video is viewed by 3.4 billions.

This handsome Internet personality is dating his girlfriend Jaclyn Glenn since 2015. Previously he dated Olga Kay for a year. He is not planning for any marital relationship. Seems like he is focused on his career.

Even though he got lots of fame and popularity, he hasn't received any awards till yet but nominated for best host in The Streamy Awards.

Lizzie LDShadowLady is a YouTube star best known for her Minecraft gameplay. She creates animated games and small videos which she usually posts on her own YouTube channel entitled 'LDShadowLady.'

An actor and YouTuber from England who gained worldwide recognition after posting comedy vidoes on his YouTube channel named Crabstickz.. He is also director, editor and writer.