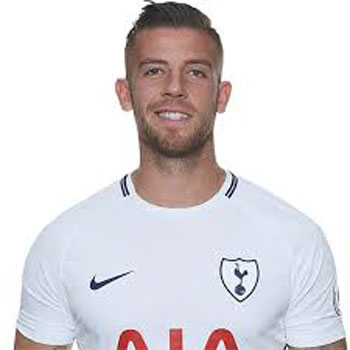 ...
Who is Toby Alderweireld

He began his professional career at Dutch club Ajax, where he bagged honors including three consecutive Eredivisie titles. He later moved to Atlético Madrid, where he won La Liga and reached the UEFA Champions League final in his first season.

He made his international debut in 2009 and bagged over 60 caps for Belgium and represented the country at the 2014 FIFA World Cup. He has maintained a pretty amount of bank balance through his earnings. He has an estimated net worth of $8 million.

He married beautician and makeup artist, Shani Van Mieghem on 19 June 2015. The couple wedded in a civil ceremony at the Ekeren town hall, followed by a church wedding in the Antwerp cathedral.