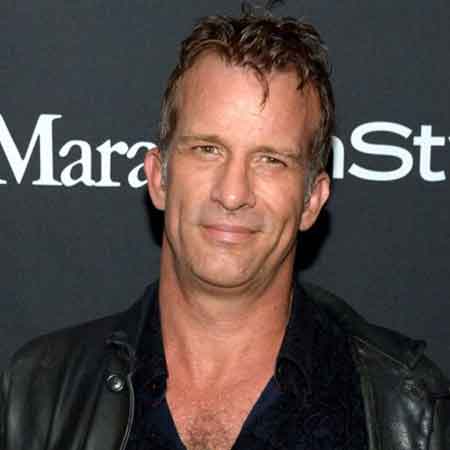 Thomas Janes is an American actor most known for his roles in the films like Boogie Nights, The Thin Red Line, Deep Blue Sea, The Punisher and many others. He was seen as Mickey Mantle in TV movie 61* which grabbed the wide range of attention.

Thomas Jane was born as Thomas Elliott III to the antique dealer, Cynthia, and a genetic engineer, Thomas Elliott Jr. He attended Thomas Sprigg Wootton High School. He was born in Baltimore, Maryland, USA. After his graduation, he moved to Hollywood to pursue his dream career as an actor.

Jane made his film debut with the Telugu film Padamati Sandhya Ragan in 1987. He has played in an array of movies and TV series, however, his critically acclaimed work includes Deep Blue Sea, Boogie Nights, The Mist and The Expanse. Recently he is working on an upcoming science fiction action horror movie The Predator. He has lent his voice in the video games like The Punisher and Gun. Other than being an actor he is also a singer as well as a songwriter and has published his album Don't Come Home in 2012. As a writer, he has written comics and graphic novels such as Bad Planet, Dark Country, and Alien Worlds. He has made a great fortune from his career as an actor. His current estimated net worth is $16 million.

Thomas Jane's personal life is as interesting as his professional one. He tied the knot with Aysha Hauer in 1989. He starred alongside his estranged wife in a number of films until the former duo part their ways in 1995. After divorcing his wife he got linked up with actress Olivia d'Abo and dated her for almost three years from 1998 to 2001. He married his second wife Patricia Arquette on June 25, 2006, in the ceremony held at the Palazzo Contarini del Bovolo in Venice, Italy in presence of friends and family. The couple first met through common friends and eventually fell in love with each other. They got engaged in 2002 while welcomed their daughter, Harlow Olivia Calliope in 2003. After three years of their marriage, Patricia filed for divorce but they reconciled and dropped the divorce petition. However, Arquette and Jance parted in 2010 finalizing their divorce in 2011. The former couple was granted joint custody of their child. After splitting up with his wife he was seen with actress Renee Olstead while they attended the Golden Globes together holding each other hands.

Throughout his career, Thomas Jane has won awards like Florida Film Critics Award For Best Cast, and Satellite Award for Outstanding Motion Picture Ensemble while got nominated in the awards such as Golden Globe Award and Screen Actors Guild Award.

He had to live out of his car and had to do street performances to earn money during his early career. In 2008, he got arrested for drunk driving and had since quit drinking.