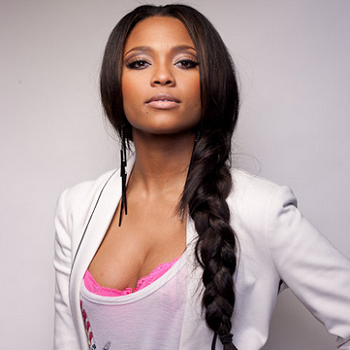 ...
Who is Teairra Maria

Teairra Mari is an American singer, songwriter, actress, hip hop model and dancer. She is famous for her first album Teairra Mari. She also starred alongside Ice Cube and Bow Wow in the film Lottery Ticket.

She was born in Detroit, Michigan. She was encouraged by her grandmother to pursue musical career. She started recording in her cousin’s basement when she was 15 years old. She attended Longfellow Elementary and later transferred to Detroit Schools.

Her birth name is Teairra Maria Thomas. She is build slim. She has dark brown eyes. Her hair is black in color. She belongs to black ethnic background holding American nationality. Her zodiac sign is Sagittarius.

In 2005 she won nomination for Vibe Award in category Best R&B Song for Make Her Feel Good. She is loved by her because of her singing skills, acting as well as her looks. She has huge number of fans who are following in her social sites.

She was rumored to be in a romantic link with Yung Berg.