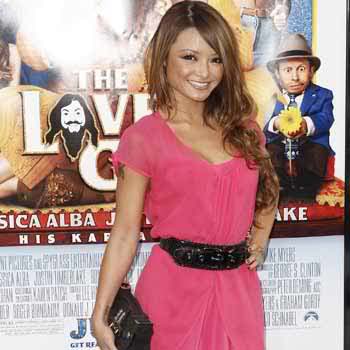 Taryn was born in Vancouver, British Columbia. Her educational background is not clarified and not much information has been provided regarding her early life.

Dakha has received recognition for performing difficult stunts in place of Jessica Alba. She has gained fame because of stunts she performs on screen and her skating skills.

Nicknamed T, Dakha is married to American actor and producer Romany Malco since 3rd September 2008 who she met on the set of film ‘Love Guru’ a year ago.

There was a rumor that she divorced her husband but it was all a hoax.