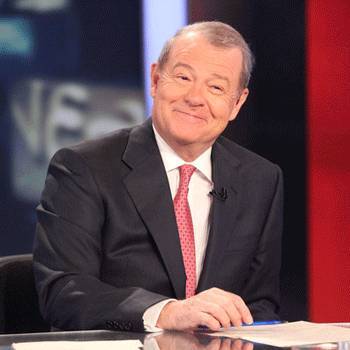 ...
Who is Stuart Varney

He graduated from the London School of Economics. Before joining FNC he worked as a reporter for Radio Hong KONG, business anchor for KEMO-TV in San Francisco and also served as the host of CNBC’S for Wall Street Journal Editorial Board.

He also serves Fox News channel as a business contributor, moreover he is a regular panel member on the stock trade investment program and Fox Business analysis. He also have hosted CNN-New York's Moneyline and Business Day programs.

He is happily married to Deborah Varney. The couple is blessed with six children. They currently resides in Franklin Lakes, New Jersey. Their 21 years long relationship was put to a question mark on 2014 by his wife divorce complain.

In 1987 his reporting and analysis of the stock market crash of 1987 aid in earning Peabody Award for excellence in journalism for CNN. His hard work and contribution towards work helped him to achieve many other awards.

He suffered from a controversial moment for his commentary on Pope Francis about the wealth gap and capitalism.