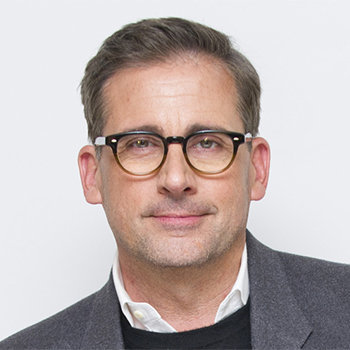 He grew up with three older brothers and worked as a mail carrier before joining a children's theater company. He then began performing with The Second City, where he met his future Daily Show cast-mate Stephen Colbert.

He provided his voice for Gru in the Despicable Me films and for the mayor in the 2008 Disney feature Horton Hears a Who! His portrayal of John du Pont in the 2014 drama Foxcatcher earned him an Academy Award nomination for Best Actor.

He married Nancy Walls in 1995 and they have two children, Annie and Johnny. In 2011, Carell earned $17.5 million, making him the 31st-highest paid actor (excluding TV-related projects).

He has won a Golden Globe Award and has been nominated for the Best Actor.

American film and television actor best known for playing Aiden Dennison on the teen drama South of Nowhere. He also has had guest starring roles on Supernatural and 90210.