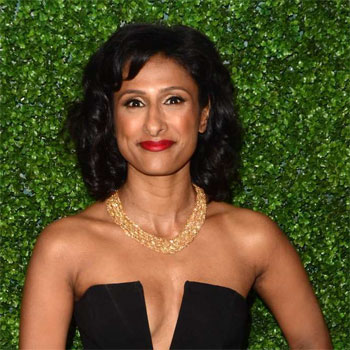 Born and grew up in Madison,Wisconsin from parents Velcheru Narayana Rao and Nidadavolu Malathi.She has a degree in acting from American Conservatory Theatre.

She initiated acting career at the age of 15 by doing stage performance.Sarayu also has done commercials for Polaroid and Vonage.

Sarayu is married to her longtime boyfriend cameraman Jonathan Blue.There is no information regarding her children.They are enjoying their life.