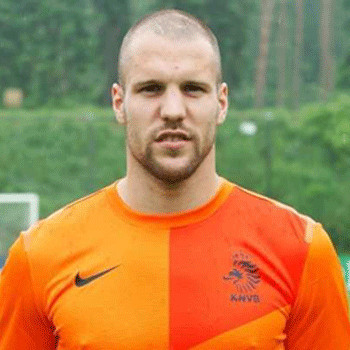 He belongs to athletic family where his mother was a handball player and his father was an amateur football player. He has two younger sisters Ellen and Lisan, a gymnast and volleyball player respectively. He started playing soccer at the age of 6.

He has his boys’ names tattooed on his chest. He is regarded as one of the best defenders at the 2014 FIFA World Cup. From 2006 till 2007, he was called up eight times to the Netherlands national U-21 team.

He married his high school girlfriend, Stephanie Bakker in 2010 but it lasted for only two years. These couple had two boys Shane and Xavi. He now days is dating his new girlfriend Yvonne Neefjes.

His first game as captain resulted Aston Villa's first win of the season, a 2–0 over Swansea City. He scored his first international goal against Northern Ireland in 2 June, 2012.

Manchester United, Arsenal and Liverpool are desperate to sign Aston Villa's Vlaar to come up in their club's squad.