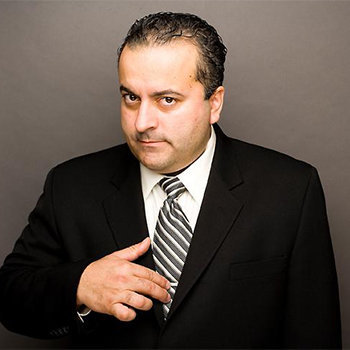 ...
Who is Rick Cordeiro

Born and grew up  in Hamilton, Ontario later he migrated Toronto. Started his path in acting from the series Underworld Histories where he portrayed as role of mafia boss.

Rick real name is Eusebio Richard Cordeiro, which is named after best footballers. Also billed as Slickster. His trademark is antagonists, villains and interesting offbeats roles.

After being so successful and so popular he has managed to remain silent on his personal information. No medias are aware about his relationship status.