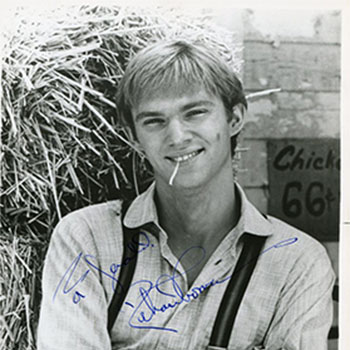 ...
Who is Richard Thomas

His parents were the owner of New York School of Ballet and personally they were also a good dancer. He was born in 13th of July.

He is an amazing actor and has been acting since his infancy. His net worth is estimated to be around US $2,000,000. He has also appeared in the movie You'll Like My Mother.

He was married to Alma Gonzales for about two decades and they dissolved this married life in 1993. He is now bonded into a married life with Georgiana Bischoff.

He was once been crowned with Primetime Emmy Awards.

He is the patient of otosclerosis.