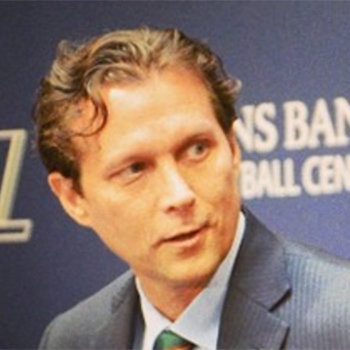 Native of Mercer Island, Washington. since his chidhood he was into basketball. He graduated from Duke University,earned JD from Duke Law School and completed his MBA at the Duke Fuqua School of Business.

Snyder has an estimated net worth of $3 million. He has earned double degree in philosophy and in political science. Quin had worked under Larry Brown and Mike Krzyzewski.

Firstly he was married to Helen Redwine. After getting divorce in 2006 he gain wed locked with Amy Synder. He has three children named Owen Snyder, Anika Snyder and Wyatt Snyder.