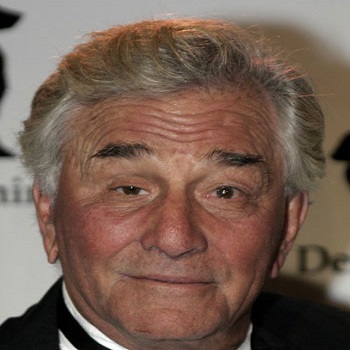 ...
Who is Peter Michael

Peter Michael Falk was born in New York City and raised in Ossining, New York. Falk was the son of Michael Peter Falk and his wife, Madeline (née Hochhauser). Both of his parents were Jewish.

Falk right eye was surgically removed at the age of 3, because of cancer, he wore an artificial eye. The artificial eye was the cause of his trademark squint. American actor, Peter Michael Falk had an estimated net worth of $14 million.

Falk married Alyce Mayo whom he met at Syracuse University, on April 17, 1960. The couple adopted two daughters, Catherine and Jackie. They divorced in 1976. On December 7, 1977, Falk again married with actress Shera Danese.

He was awarded Knight of the Order of Arts and Letters by the Ministry of Culture of France; the medal was given to him by Gérard Depardieu in March 1996. He has won many awards and also was nominated for many.

There is a rumor of Falk's dementia which plagued the actor in the final years of his life.