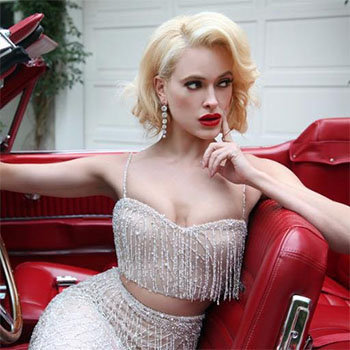 ...
Who is Peta Murgatroyd

Peta Jane Murgatroyd is a New Zealand-born Australian professional dancer, best known for her appearances on the American edition of Dancing with the Stars, in which she has won twice.

Murgatroyd was born in Auckland, New Zealand, but moved to Australia when she was 18 months old and was raised in Perth, Western Australia. She started studying classical ballet at age 4 and was trained for 12 years under former principal dancer of the Kirov Ballet, Madame Lubov Nikonorenko.

She placed first with partner Donald Driver in the 14th season of Dancing with the Stars and also won the 22nd season partnered with deaf model and actor Nyle DiMarco. She toured with the Broadway show Burn the Floor from 2004 to 2009.

Murgatroyd dated Australian professional ballroom dancer and former DWTS cast member Damian Whitewood for five years before breaking up in early 2012. She has been dating fellow dancer Maksim Chmerkovskiy and are expecting a child any time soon.