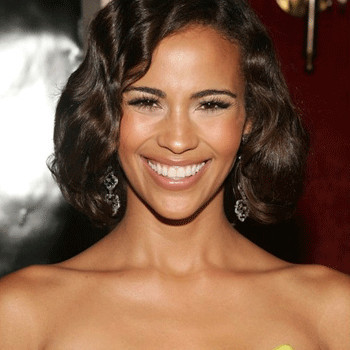 She was born in Los Angeles, California. Her mother Joyce worked as school teacher and her father Charles Patton as lawyer. She graduated form Hamilton High School and joined college UC Berkeley. Later she transferred to USC Film School.

Her first acting role was very small part of film named "Hitch" which starred Will smith and Eva Mendes and was released in 2005. She played as lead actress in the science fiction thriller Déjà Vu which was her first big break in film industry.

She is married to pop star Robin Thicke. They started dating since 1993 and finally got engaed in June 11, 2005. The couple has given birth to son named Julian Fuego.

She has been awarded with many awards like Black Reel Award for Best Breakthrough Performance for her first debut "Déjà Vu", Boston Society of Film Critics Award for Best Cast for film named "Precious".

she was in the headline when she filed for divorce after 21 years of being in relationship and 9 years of marriage life with Robin Thicke.