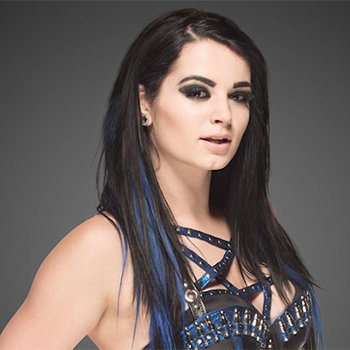 Born and raised in Norwich, Norfolk in a wrestling background family. Her parents are Ian Bevis and Julia Hamer-Bevis. Her two brothers are also wrestler. At 13 she started her wrestling career.

Paige has an interesting net worth of $3 million. Her real name is Saraya-Jade Bevis. Appeared in movie Santa's Little Helper and Surf's Up 2: WaveMania. She owns coffee company named The Dark Gypsy.

Currently she is dating wrestler Alberto Del Rio. Previously she hooked up with guitarist Kevin Skaff for a year and singer Bradley Walden.

In June 2016 she and her boyfriend Alberto del Rio fought with another couple who called them as fake wrestlers. But they were not charged and arrested.