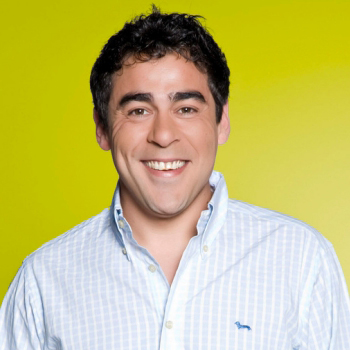 ...
Who is Pablo Chiapella

In 1998 graduated in Education major in Physical Education at the Faculty of Education of Albacete . After that, he decided to dedicate his life to the art world, which led him to graduating in Dramatic Arts.

He belongs to El cuarteto de Albacete, a group of comedians consisting of himself, Joaquín Reyes, Ernesto Sevilla and Raúl Cimas. He was the main character of El capitán Sevilla y el Centurión Chape.

He has been given nickname "Chape" and "Vividor Follador". He is of Italian ancestry. He has been an actor since 2000, starting with roles on Paramount Comedy.