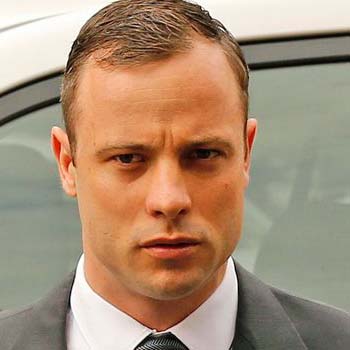 ...
Who is Oscar Pistorius

Oscar Pistorius OIB is a sprint runner and convicted murderer from South Africa. His both legs are cut under the knees. He is the first athlete who has participated in both paralympic and Olympic games.

Since his birth,he was diagnosed with fibular hemimelia that's why he have to cut legs. He attended Constantia Kloof Primary School,Pretoria Boys High School and later joined University of Pretoria. He used to play rugby as well.

He is in love with architecture, motorbiking, and breeding race horses. He has got two visible tattoos. He has also done modelling for an advertising company.

Oscar is married. He had a relationship with his girlfriend Reeva Steenkamp. But he killed her thinking her as a intruder. Now he is single.