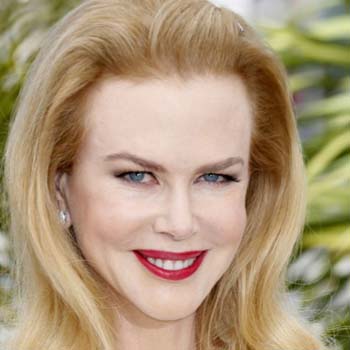 ...
Who is Nicole Kidman

Nicole Kidman is a gorgeous actress and film producer from Australia. The Golden Globe Award winner Kidman is best known for her roles in Moulin Rouge! (2001), Far and Away (1992), Days of Thunder (1990) and so on.

Nicole Kidman was born in Honolulu, Hawaii, United States to Antony David Kidman and Janelle Ann. Her parents are Australians and were in United states to study.

Nicole Kidman has the estimated net worth of $130 million dollars. With this huge sum of money she is considered one of the richest celebrity of Hollywood.

She married Tom Cruise on December 24, 1990 and they separated on August 8, 2001. They adopted two children. On June 25, 2006. She again married with Keith Urban and are living happily with two children.

She is the three times winner of Golden globe Award fro her roles. She also received a star in Hollywood Walk of fame in 2003. She is also honored by Companion of the Order of Australia (AC).

She stated that incorrect reporting of her ectopic pregnancy was the reason behind her divorce with Tom Cruise. She aslo said she was shocked about their divorce.