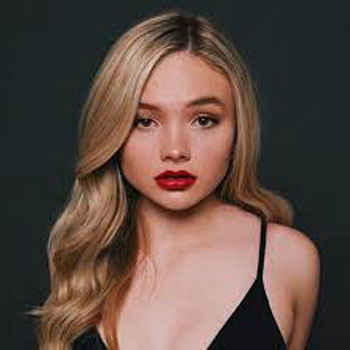 She was born to a producer, John Lind, and actress Barbara Alyn Woods. Her younger sisters, Alyvia and Emily, are also involved in an acting field. She made her debut performance when she was only six in an episode of One Tree Hill, the series that featured her mother.

She landed the lead role in the X-Men-derived Fox TV series The Gifted. She made her guest appearance in popular series such as Criminal Minds, iCarly, Wizards of Waverly Place and Flashpoint. With an appearance in an array of TV series and popular movies, she has accumulated a huge sum from her career. She holds an astonishing net worth of $2 million.

Her ex-boyfriend Aramis Knight is an American actor who has made his appearance in the movies like Rendition, The Dark Knight, and Ender's Game. Currently, she is not dating anyone. Besides her career, she is a traveling freak and also loves to hang out with friends.

The beautiful and uprising star who boasts 283k Instagram followers have managed to mesmerize her fans with her witty looks and skillful performance. However, she is yet to win any awards in the future.

Up until now, she has not been caught up in any rumors or controversies either it is regarding her personal life or professional one.