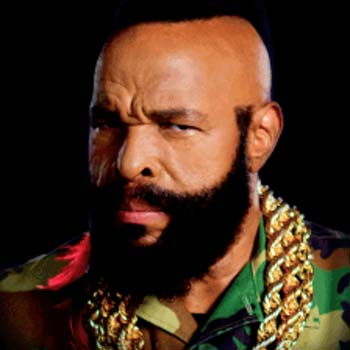 Lawrence Tureaud was born in Chicago, Illinois, United States to Nathaniel Tureaud, Sr.. His father was a minister. He has four sisters and seven brothers.

Mr. T has the net worth of $1.5 million dollars. He used to wear gold chain and has Mohawk haircut and beard. he was also named America's Toughest Bouncer twice.

He was married once and has three children. He married to Phillys Clark in 1971 but they could not live together for long time. They divorced but the date has not been revealed.