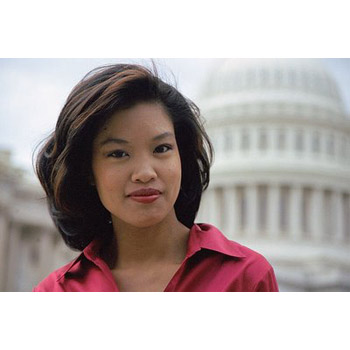 ...
Who is Michelle Malkin

She was born in Philadelphia, Pennsylvania. She was born to Apolo DeCastro Maglalang and Rafaela Perez who were both Philippine citizens. She attended Holy Spirit Roman Catholic High School. She also studied at Oberlin College.

She follows Roman Catholic religion. She used to work as a press inserter, tax preparation aide and network news librarian during her college days. She belongs to Filipino Ethnic background. She have dark brown eyes and black hair.

She dated Jesse Malkin at Oberlin who was her college mate. In 1993 they got married to each other. The couple is blessed with two children. They reside in North Bethesda, Maryland,

Michelle have achieved world recognition although she is in her young age. She have written four books which was published by Regnery Publishing. She is also the founder of the of the website Hot Air.

She was rumored to babble Racist Nonsense On Liberal NBC.