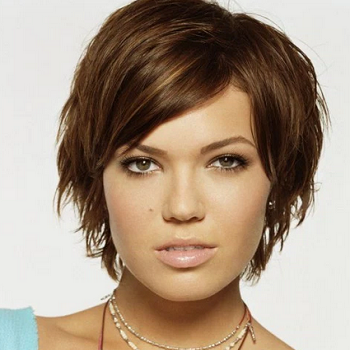 Amanda Leigh Moore was born in Nashua, New Hampshire. Her father, Donald "Don" Moore, is a pilot and her mother, Stacy (née Friedman), is a former news reporter.

Moore is best known for her beautiful singing voice. She was honored with one of the 50 Most Beautiful People by People Magazine in 2002. She stills wants to be a news reporter.

Moore dated American tennis player Andy Roddick for about a year and she then dated DJ AM for two months. She was found dating singer-songwriter Ryan Adams and the couple married on March 10, 2009. She filed for divorce in January 2015.

Moore has been nominated in various awards and has won MTV Movie Awards for Breakthrough Female Performance, Teen Choice Awards and others.