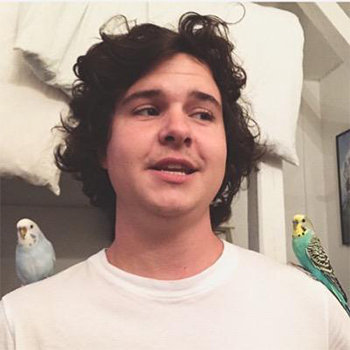 He grew up in a town called Christiania in the center of Copenhagen. His father is of Irish descent. He performed in the Copenhagen Boys' Choir when he was eight years old. He and the band got their feet wet by posting homemade YouTube videos of them performing singles called "Criminal Mind" and "Drunk in the Morning."

Lukas Graham's music has been described as a pop-soul hybrid. In a review of the band's new album, journalist Jon Pareles of The New York Times described their sound as the place "where pop meets R&B."

His worked with a writing team that called themselves Future Animals. He is also known as The Duke, or Luke the Duke. He claims that Dr Dre's "2001" changed his life.

The band has been nominated for 2016 MTV Video Music Awards for Best New Artist.