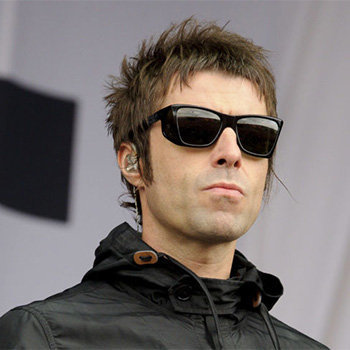 ...
Who is Liam Gallagher

Born as William John Paul Gallagher in Burnage , Manchester as a son of Thomas and Peggy Gallagher. He was very troubled and also suspended from school.

Gallagher has a jaw dropping net worth of $60 million. His trademark is combative attitude,raspy voice, fighting, and bushy eyebrows. Also raised fund for Japan Tsunami Disaster with his band mates. He is also regarded as the re-incarnation of John Lennon.

His personal life is very up and down. Firstly he wed locked with Patsy Kensit and had son named Lennon. Father of daughter Molly with his partner Lisa Moorish. Later he tied a knot with Nicole Appleton and gave a birth to son named Gene. He divorced with all of them. Currently he is dating Debbie Gwyther.

In 2010 he was won the title of he greatest frontman of all time by Q magazine. He is awarded with numerous BRIT Awards and nominated for Grammy Awards.

Rumors stated that Oasis is going to reunited again. But lately he claimed this rumors as fake.