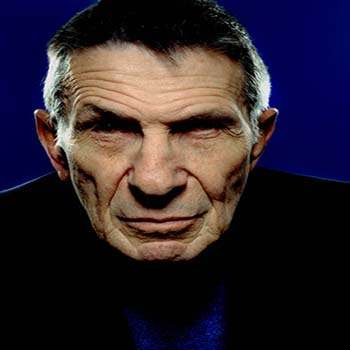 ...
Who is Leonard Nimoy

Born in Boston, Massachusetts by his parents Dora and Max Nimoy. He started acting at the age 8. He studied drama from Boston College.

He learned photography in University of California, Los Angeles. His portrait were exhibited in Massachusetts Museum of Contemporary Art and R. Michelson Galleries.

Firstly he was married to Sandra Zober with whom he had a children named Julie and Adam. He divorced with her and married  Susan Bay.