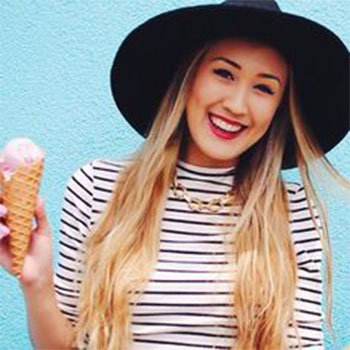 ...
Who is Lauren Riihimaki

Canadian internet sensation who rose to stardom after posting her DIY and her fashion advice videos on her renowned YouTube channel LaurDIY. I

Lauren was born in Toronto, Canada. While attending college she created and uploaded videos on her YouTube channel. She belongs to Japanese, Finnish, and Ukranian descent.

Also appeared in seventeen different magazine for various purposes. She has more than 3.9 million subscribers on her channel. For  "ULTIMATE CANADA VS BRITAIN CHALLENGE"video,she linked up with fellow Ben Brown.

Baz was her ex-boyfriend. After ending relationship with him, she dated another man named Alex Burriss also known as Alex Wassabi.

JeromeASF is a YouTube personality and is the co founder of the YouTube channel AwesomeSauceFilms. He frequently posts Minecraft let's plays, and minigames.

Multi-profession and multi-talented man who is journalist, writer and Web star. He has a YouTube channel named ninebrassmonkeys. He is also associated with radios and magazines.

Jordan Maron is a talented and popular YouTube star. He also runs his own YouTube channel named CaptainSparklez. He has 9.1 million subscribers in his YouTube channel.

Woman with many hats who is an actor singer, song-writer and internet sensation. Together with her sister Ninda she posts various contents in their YouTube channel NinaAndRanda.