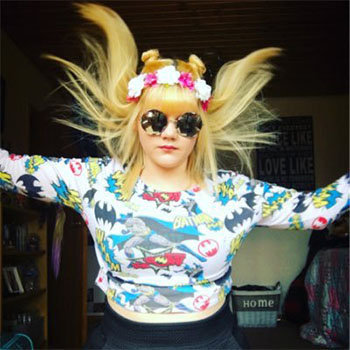 She was born in the mid 1990s in Kirkcaldy, Scotland, United Kingdom. She shares her birthday on 14th of February. She has one sister named Ria.

She has more than 130,000 followers on musical.ly. She is also famous for playing the role of Linda in the films Lord of Tears and The Owlman.

She is also considered as a love girl as she was born in Valentines day. Though she is now in her early 20s, she is still living a single life.