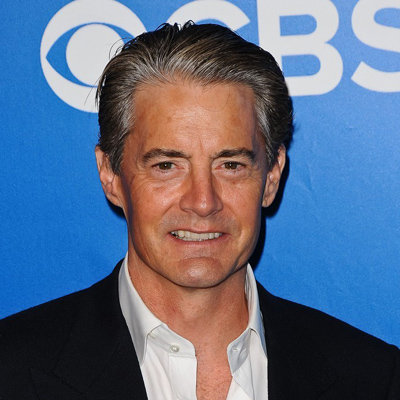 ...
Who is Kyle MacLachlan

He is an American TV and movie actor who is best known for his cult classic sci-fi movie like: Blue velvet, The Hidden, Dune and also performed his best in several TV series like: Twin Peaks, Sex and the city, Desperate Housewives.

He was born in Yakima, Washington, USA to his Public relation director mother Catherine and Lawyer father Alan MacLachlan, as Kyle Merritt MachLachlan. He was graduated from University of Washington in fine arts in 1982.

He used to be shy nature boy in his childhood days, who spent lots of time alone in basement. He earns his own wine vintage called Baby Bear named after his newly born son in 2008, also manages a website and youtube series for his 2 dogs.

The deep smooth voiced actor was married to project Runway producer Desiree Graber on 20th April, 2002 and they are now proud parents of their son Callum Lyon MacLachlan, born in 2008.

There are no such rumors and controversy on him, seem that he is maintaining his clear image in media.