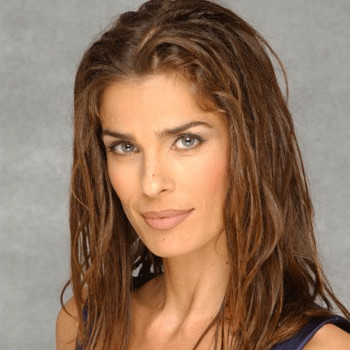 ...
Who is Kristian Alfonso

Kristian Joy Alfonso is a well-known American dramatic actress, former figure skater and fashion model who is till date known for her role Hope Williams Brady in NBC's Days of Our Lives.

Kristian was born in Brockton, Massachusetts where she spent most of her childhood. Her grandparents were born in Sicily and Calabria so she is an Italian. She started skating at an early age and became a gold medal champion at the Junior Olympics.

While Kristian was 13 years of age she got into a terrible tobogganing accident due to which she had to end her scating career and then she pursued a modelling career. Alfonso's favorite band is the "Gipsy Kings".

Kristian married Simon Macauley in 1987 and got divorced in 1991 after having a son named Gino William. Alfonso then went on and married , Richard Daggenhurt in 2001. They have two children one of which is her stepson.

Kristian, by the age of 15 had appeared in 30 different magazine covers including Vogue and Glamour . She currently owns her own jewelry line named Believe and also runs her jewelry website.

There have been constant rumors about an affair between Peter Reckell and Alfonso which later subsided but another rumor about Alfonso rose which turned out to be just another celebrity death hoax.

An English entertainer, Maximillion Cooper is a talented actor and is known or his appearance in the movies like 3000 Miles, Gumball 3000 LDN 2 NYC and so on.